Well, today it’s 97 degrees in NYC!  It’s also the first day of summer.  Yep, so I’m expecting a brutal one this year.  Heat (above 90) and I don’t mix…at all!  But bell peppers and chicken do.  Bell peppers thrive during the summer and this dish uses them in a way that everyone is sure to love. 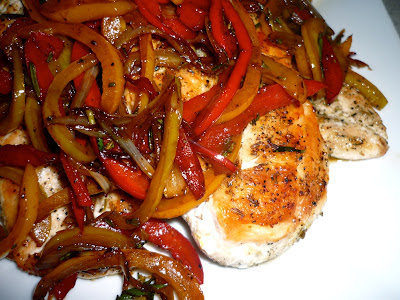 I saw this recipe in Cooking Light last year and absolutely had to try it.  I made a few of my own modifications but the combination of flavors in this dish is amazing. The chicken is seasoned with a spice rub that features the use of fennel seed.  Fennel seed has an anise taste, which is reminiscent of black licorice.  Many people may find black licorice unappealing but a subtle anise addition just adds a little zing to the dish and is seriously AMAZING!  Hubby was hmmm-ing and ahhh-ing the whole time J. 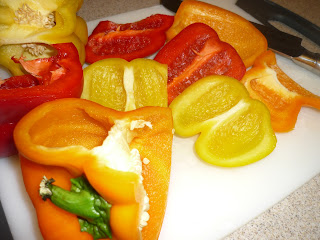 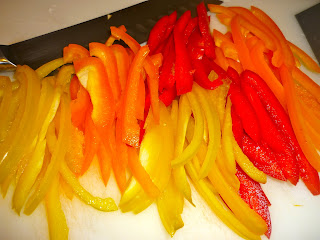 This is great served with mashed potatoes and a green veggie! 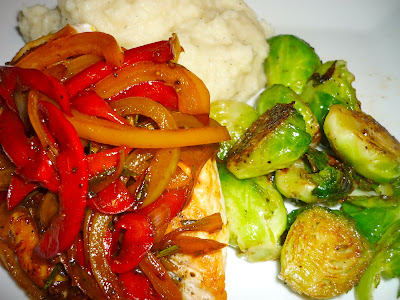 Tip: Purchase a digital meat thermometer.  It’s a lifesaver!  Chicken can be difficult to judge if you don’t have as much experience cooking it.  To use, place the probe in the thickest part of the breast and cook until the temperature reads 165F.  Remove immediately and let rest for a bit so that the juices reabsorb into the meat and don’t run all over your plate J.

Pin It
Posted by Marie Antoinette at 9:21 PM