Potato gnocchi is a dumpling that is most often made of potatoes and flour.  They are a great pasta substitute, with its ability to soak up almost any sauce and its chewy texture.  Potato gnocchi is available in the refrigerated pasta section of most grocery stores so it makes for a quick meal.  Or you can make your own like Sarah did here. 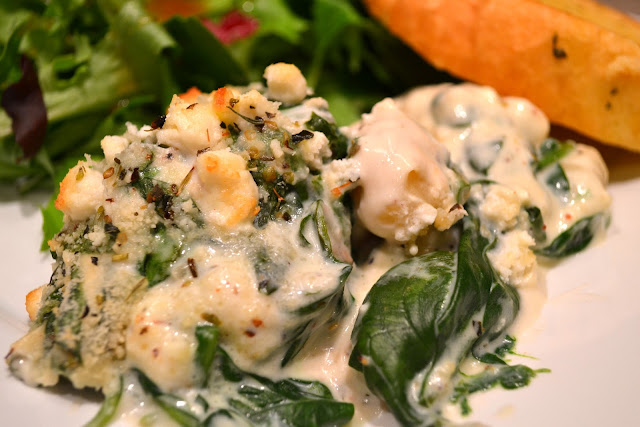 Giada de Laurentiis made this recipe on the Today Show last year.  I happened to see this recently and immediately said I had to make it.  It looked so yummy!  She tends to make this dish as a macaroni and cheese substitute.  After making it, I can see how this rich and creamy dish can be an easy stand-in for the comfort food favorite.

Clearly this isn’t very healthy with all of the cream and cheese.   I lightened it up slightly by using half and half instead of heavy cream (which is what the original recipe calls for).  It was so rich that I still think I could cut back some of the fat by subbing some milk.  Some other minor modifications I made was to use chicken stock instead of broth, adding more seasoning, and topping with Italian seasoning.  Personally, if you're on a diet, I recommend just cutting back the portion instead of the fat because it's worth every bit of it! 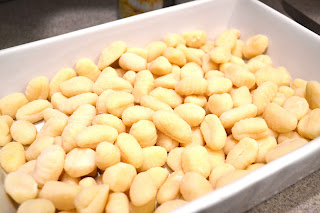 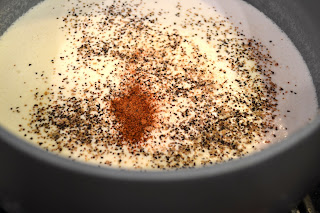 In a medium saucepan, whisk together the half and half, chicken stock, and flour over medium heat.  Continue whisking until the sauce is simmering and thickened, about 5 mins.  Add the salt, pepper, and nutmeg.  Stir and taste for seasoning.  Add seasoning as needed.  Add spinach and toss to coat in the sauce. 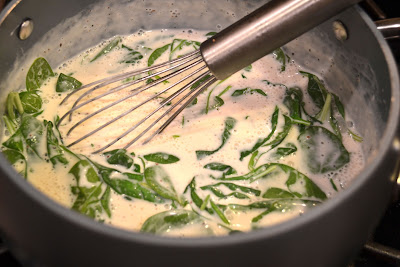 Note: I only had about 8 or 9 oz of spinach at home so I used what I had.  Therefore, the pictures may be a little lighter on spinach than what yours would be at home.  Next time I will definitely ensure I have enough spinach because it adds a flavor element and at least one healthy element to the dish.

Pour the sauce mixture evenly over the gnocchi and spread spinach out evenly.  Top with goat cheese, Parmesan, and Italian seasoning.  Bake until top is lightly golden, about 30 mins. 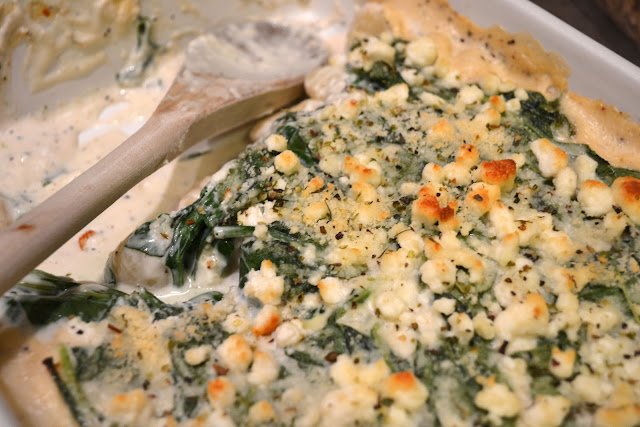 Pin It
Posted by Marie Antoinette at 6:15 PM