I’m somewhat of a short rib fiend.  No…seriously.  If I go to a restaurant and they have any form of short ribs on the menu, then I’m probably ordering it.  Obviously, it’s not something you can indulge in very often since red meat is loaded in saturated fat, but red meat also has iron, which is important for all of us.  AND…since I’m pregnant, I can use iron as an excuse to have just a few more beef short ribs than usual :) 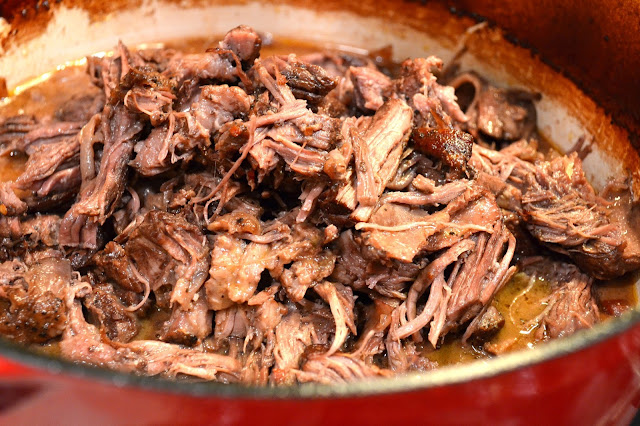 As many times as I have had beef short ribs at restaurants, I have never actually made it myself.  So, I looked for a recipe online.  Lo and behold, I found Giada’s short ribs over penne.  The reviews were great, and the ingredients sounded intriguing, so I didn’t look any further.  Giada never lets me down!  I did make some slight modifications to her recipe, but overall, it doesn’t require any changes.  My version is just a little more simple to make, which I’m sure you’ll appreciate. 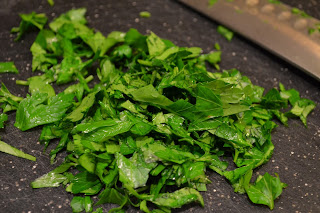 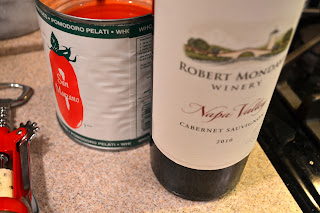 Season ribs with salt and pepper.  In a large Dutch oven, heat the oil over medium-high heat.  In batches, add ribs and brown on all sides (about 8-10 mins).  Remove ribs and set aside.  Add the tomatoes, onion, and garlic.  Cook, stirring frequently for 2 mins.  Add the wine and mustard.  Bring mixture to a boil and scrape up brown bits from the bottom of the pan.  Return ribs to pan.  Add stock, cover the pan and place in oven for 2 hrs and 15 mins or until meat is fork-tender and easily falls off the bone.

Tip: Make sure to use a plastic or wooden spoon to scrape up the brown bits so you don’t scratch the bottom of your pan.

Remove ribs from the cooking liquid.  Remove the meat from the bones and discard the bones.  Using 2 forks, shred the meat to desired thickness.  Stir the shredded meat into the sauce.  Season with salt, black pepper, and crushed red pepper to taste.

Modification: Here’s where I made a big change.  Giada’s recipe calls for a smooth sauce.  After removing the ribs, she puts the sauce in a food processor and then returns it to the pan.  I thought this was too much work and unnecessary.  I don’t mind some lovely chunks of tomatoes and onions in my sauce.  Once you stir back in the short ribs, it works perfectly. 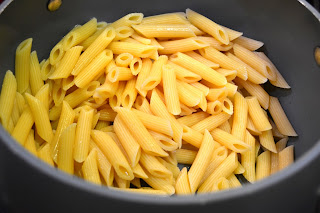 This was truly a restaurant-quality dish.  Save this one for a nice Sunday dinner or when you’re entertaining friends and you want to show off a bit.  It also is a little time consuming since braising is a slow-cooking method.  If you make extra, it warms up wonderfully so you can take portions to work for lunch throughout the week. 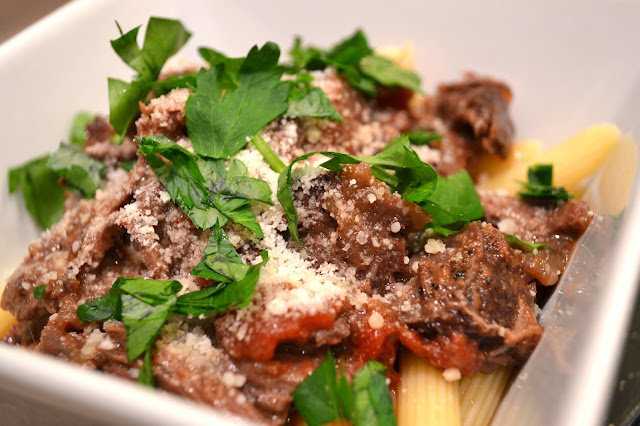 Pin It
Posted by Marie Antoinette at 6:37 PM