Lesson of the day: Pie crust is HARD!!!  It is so deceptive with only 4 ingredients but you have to add and mix them perfectly to get the ideal crust.  First, it’s using butter and water at a certain temperature, then you add water…and who knows how much since I think I saw recipes that called for anywhere from 2-6 tbsps lol.  The crazy thing is, the amount of water is probably the most critical ingredient of it all!  In my recipe, I said to add 3-5 tbsp.  In the grand scheme of things, this is a big difference (I know) but it really depends on a lot of external factors such as temperature and humidity and…okay I sound like a weather-girl now.  Bottom line – practice makes perfect! 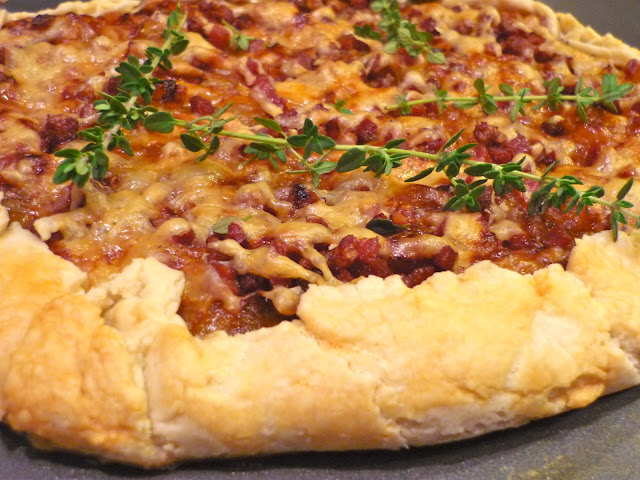 This onion tart is delicious.  My husband and I are pretty much obsessed with onions.  We put them on everything.  And if something has caramelized onions in it, WE’RE IN!  We don’t care what it is.  Naturally, when I saw this idea in Cooking Light a while back, I decided to make it my own and even try my hand at homemade crust since the original called for store-bought pie crust…which isn’t such a bad idea considering my tirade above.  My husband described this as “eating dessert for dinner”.  Well…obviously this isn’t dessert but I can understand where he’s coming from with the buttery crust and sweet onions.  I guess it just goes to show you how versatile pie crust can be…once you figure out how to not mess it up :)

For the crust:  Place the flour and salt in the bowl of a food processor and pulse a few times just to mix.  Cut butter into small pieces and add to flour mixture.  Pulse until large crumbs form (10-15 pulses).  Add water 1 tbsp at a time, pulsing between each addition, until the mixture sticks together when pressed and is no longer sticking to the side of the bowl.  Empty onto plastic wrap and gather to form a ball.  Press dough into a round disk, wrap in the plastic wrap, and store in the refrigerator for 30 mins to 1 hour.

Tip:  Store butter in the refrigerator and place in the freezer for 15 minutes prior to cutting into small pieces.  Also, I used a fork and knife instead of my fingers when cutting, to prevent any body heat from melting the butter.

Preheat oven to 375.
Add 2 tbsp olive oil to a large sauté pan set at medium-high heat.  Add onions, salt, pepper and stir to combine.  Once the onions soften, lower heat to medium-low and cook until browned and caramelized (20-30 mins).  Add leaves of thyme sprigs to onion mixture just before the onions are fully cooked. 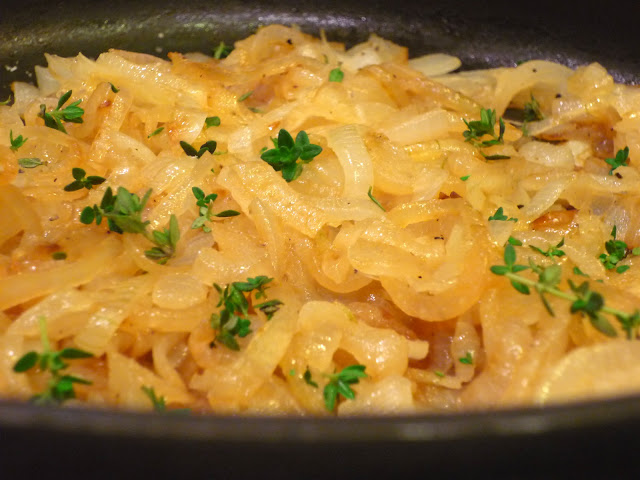 While onions are browning, cook pancetta in a small skillet until brown and crisp (8-10 mins).  Empty pancetta onto a plate lined with paper towel to drain grease and set aside. 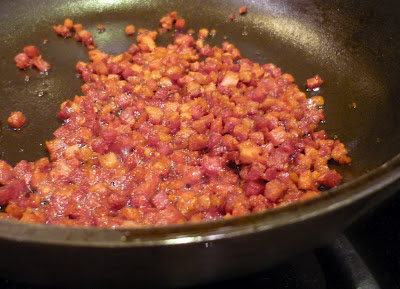 Remove dough from refrigerator and roll out into a 10-11” disk on a floured surface.   Carefully move dough to a non-stick baking sheet (or baking sheet lined with parchment paper) and pierce dough a few times with a fork to allow steam to escape.

Tip: Loosely wrap dough around the rolling pin to move it from one place to another.

Top dough with onions, pancetta, and cheese – leaving about 1” of the outer rim uncovered.  Fold over outer rim of dough onto the filling.  Place baking sheet in oven and cook at 375 for 30-35 mins or until both cheese and crust have browned.  Allow to cool for a few minutes before slicing.  Garnish with thyme.

You can serve this with a salad or some other veggie for dinner or as an appetizer or hors d’oeuvre for a party.  Happy crust making!

Pin It
Posted by Marie Antoinette at 9:21 AM