ARE YOU READY FOR SOME FOOTBALL????  We are!  My husband and I started a couples fantasy football league and to culminate the season, we decided to throw a football party for NFL playoffs.  All of the couples in the fantasy league came over to watch football, eat great food, and drink…a lot :)  Here is the list of things we served: buffalo wings with homemade blue cheese dressing, nacho bar, stuffed peppers and mushrooms, potato skins, cupcakes and cookies.  Whew!  Yes, I’m exhausted…to say the least! 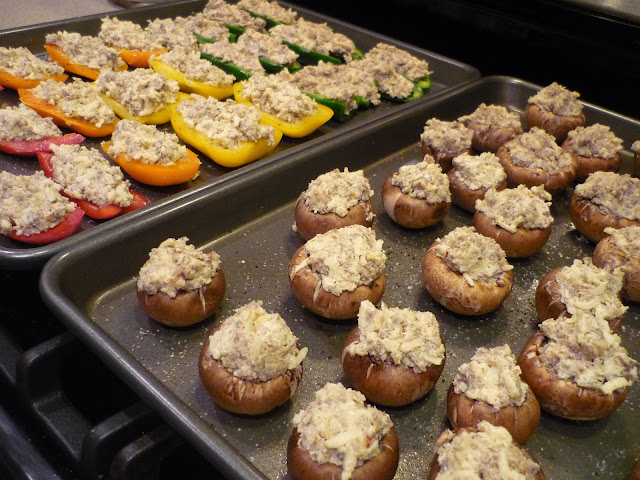 In preparation for all of your Super Bowl parties, I wanted to share the recipes for the stuffed peppers and mushrooms, and the homemade buttercream icing I made for the cupcakes.  Both were a huge hit!  The idea for stuffed peppers and mushrooms came from my mother.  She has been making these stuffed mushrooms for years!  However, I am not a huge fan of mushrooms so I decided to try the stuffing on peppers and…OH MY.  Needless to say, I think you could put this stuffing on pretty much anything and it would make your day. 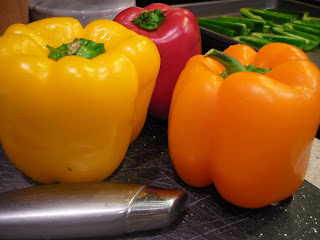 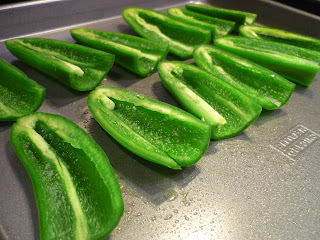 Remove stems and dig out insides of portabella mushrooms.  Fill mushrooms with sausage mixture and place on a lightly greased cookie sheet.

Cut jalepenos in half, removing seeds and stems.  Fill each half with sausage mixture and place on a lightly greased cookie sheet.  Cut bell peppers in quarters or the desired size for filling.  Fill each with sausage mixture and place on the same cookie sheet.
Cook at 375F for about 20mins or until peppers and mushrooms have softened, cheese is melted, and stuffing is warmed through.

Note: Heating times may vary for peppers and mushrooms. 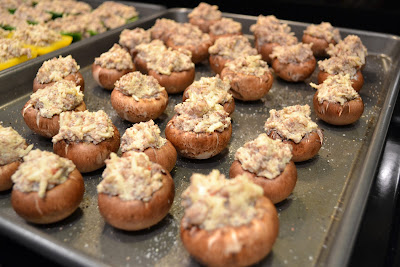 Unfortunately, during all of the party craziness, I forgot to get a good picture of the final cooked peppers and mushrooms.  I know...that is a food blog NO-NO!!!  Hopefully by now you trust me, but if not, this is the best I have :) 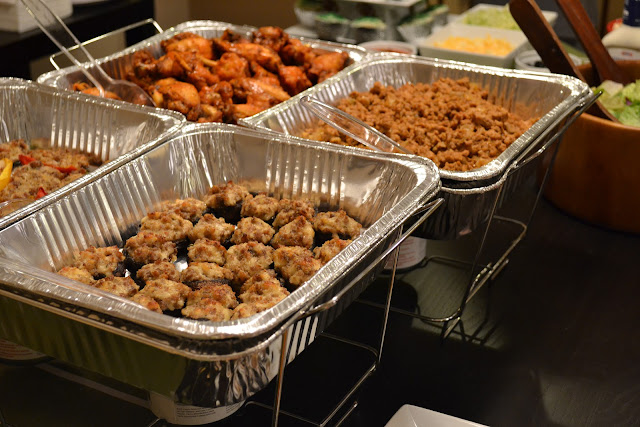 As for the cupcakes, I call these my semi-homemade Touchdown Cupcakes.  They were perfect for the football party and people couldn’t get enough of them.  For the cake, I used the box Duncan Hines confetti cake mix.  Here is the recipe for the deliciously buttery and creamy icing:

Place butter in a stand mixer and mix on medium speed for 2 minutes.  Add sifted sugar.  Start mixing on the lowest speed until sugar and butter start to combine.  Increase speed to medium.  Sugar and butter will clump together.  Once the clumping occurs, increase speed until butter mixture is creamed.  Reduce speed and add remaining ingredients until combined.

Note: You can store icing on the counter overnight in a sealed container.  If storing in refrigerator for a couple of days, bring to room temp and whisk before using. 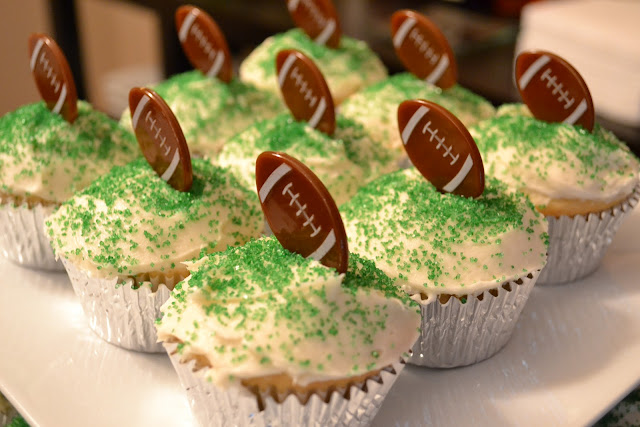 Pin It
Posted by Marie Antoinette at 7:48 PM