We tend to throw at least one football party per year.  This time, it was for the Big Game – the Super Bowl!  I made tons of food including some of the same recipes from last year’s party.  But one of my new items was my Slow Cooker Pulled Pork Sliders.  I topped them with cole slaw and they were equal to or better than any pulled pork you’ve had at any restaurant.  Promise! 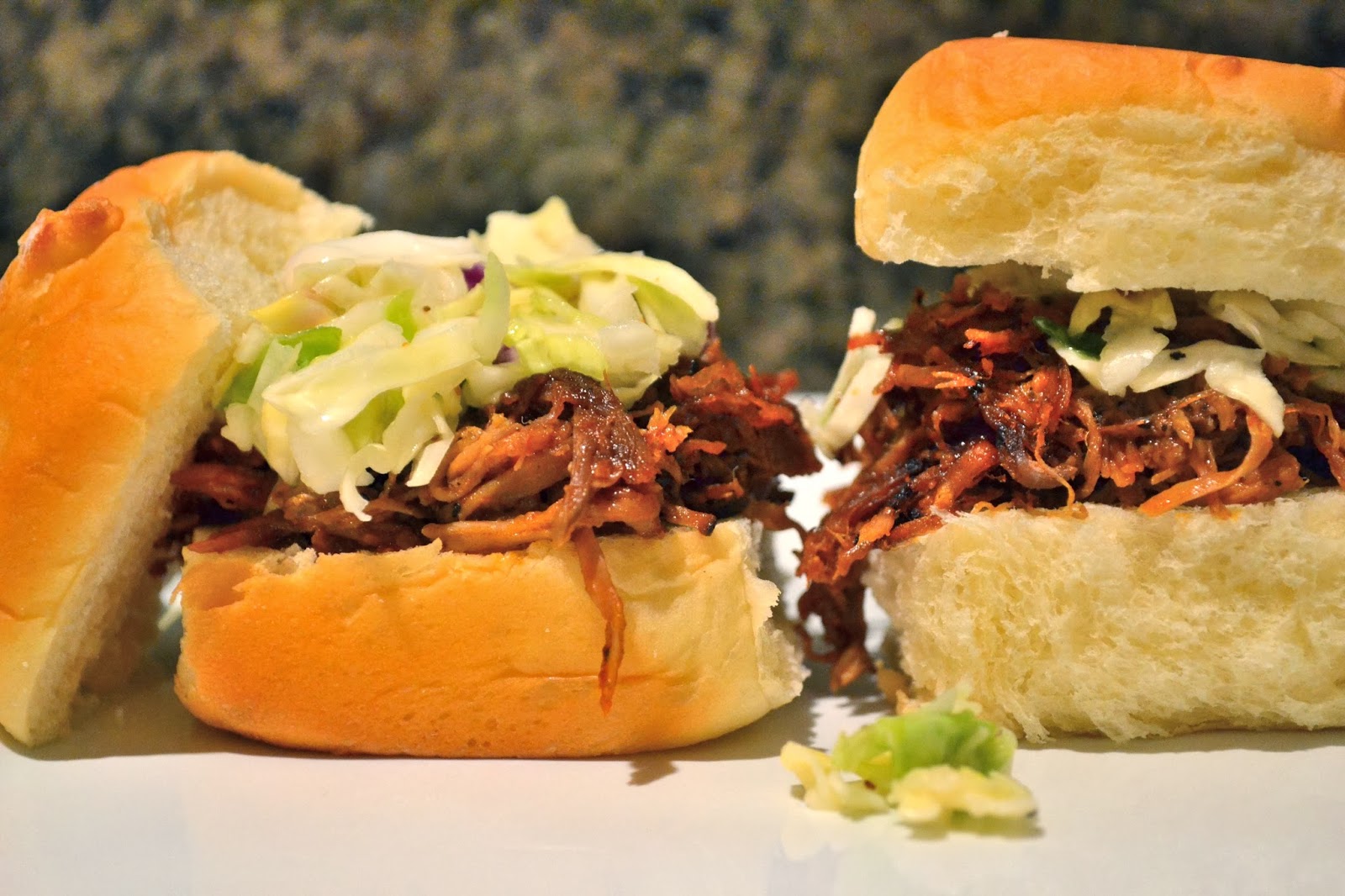 I made up this recipe but I did use some pre-made items from Mr. Stubbs who, I think, makes the best BBQ items available commercially.   The BBQ seasoning has a great kick to it and natural smoke flavor.  The BBQ sauce is more tangy than sweet – just how I like it.  Oh, and best of all, it doesn’t have any high fructose corn syrup.  Obviously, you should get whatever BBQ sauce suits your taste.  If you like sweeter sauces, you may want to try something different.  This BBQ sauce is on the thinner side so it doesn’t overpower the pork or drown out the wonderful dry rub ingredients. 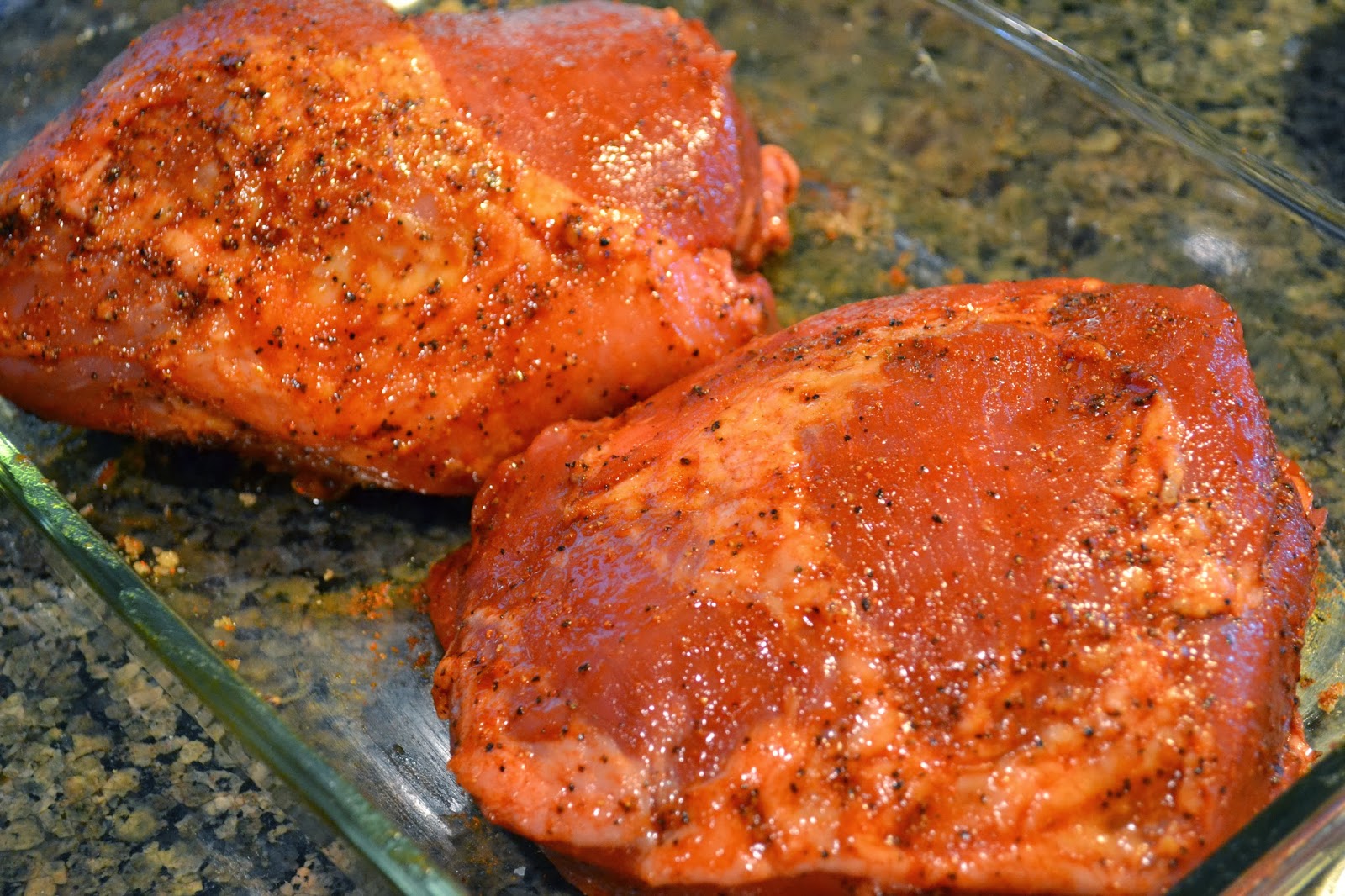 Combine the BBQ seasoning, dry mustard, brown sugar, salt, and pepper to create a dry rub.  Generously rub spice mixture all over pork shoulders and inside all creases. Heat a large skillet on medium-high heat and spray with cooking spray.  Sear pork shoulders on all sides.

Place onions and garlic in the bowl of a slow cooker.  Place seared pork shoulders on top of onions.  Pour apple cider vinegar over top of pork shoulders.  Set slow cooker to low heat and cook for 8 hours.

While pork is cooking, make cole slaw using this recipe.

Once pork is done, remove shoulders from bowl and shred meat using two forks.  Pour cooking liquid into a sieve to separate out solids.  Add solids back to shredded meat.  Add a little cooking liquid and BBQ sauce to shredded pork.  Stir to combine.  Place pulled pork on a slider bun and top with cole slaw. 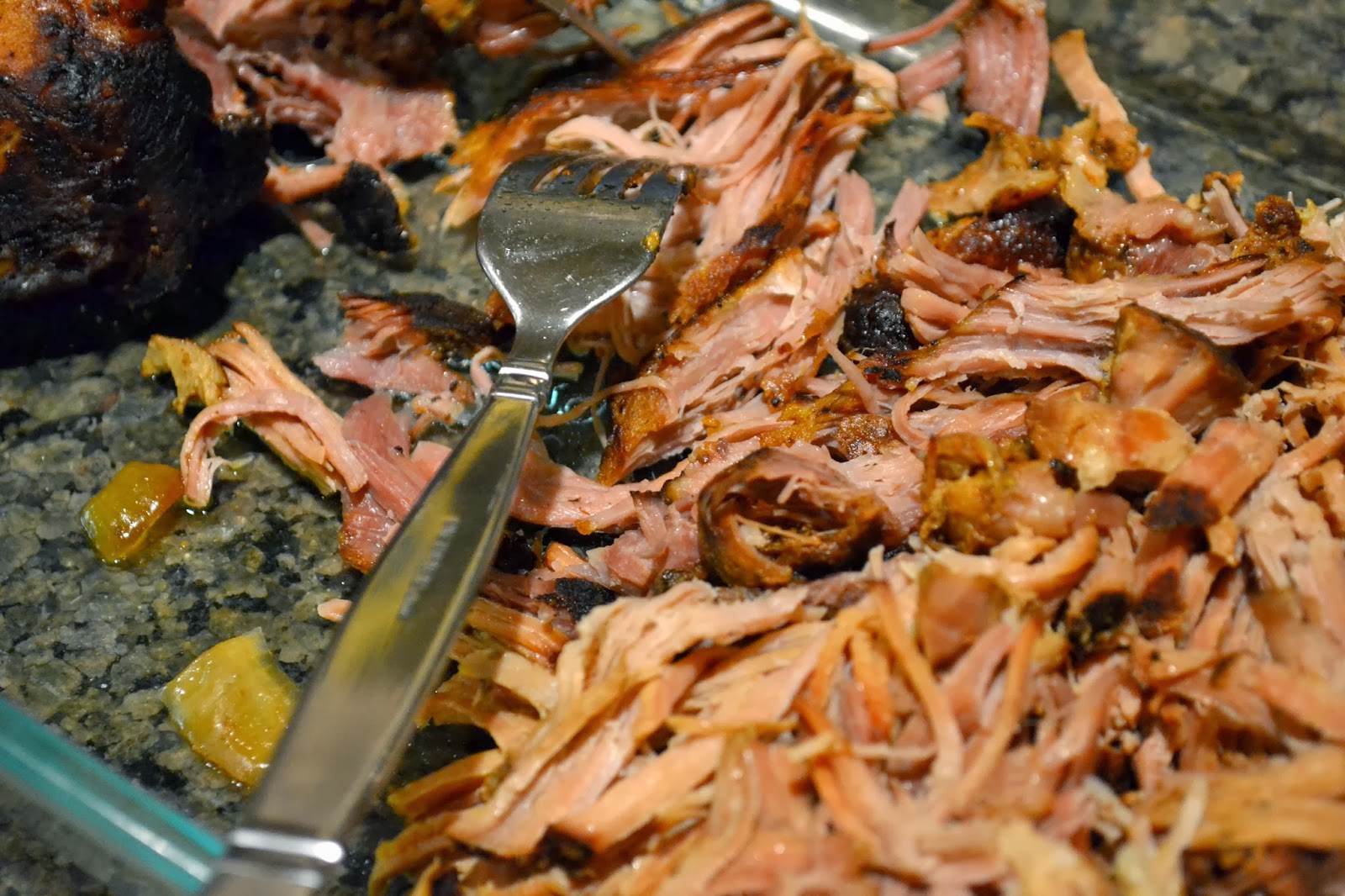 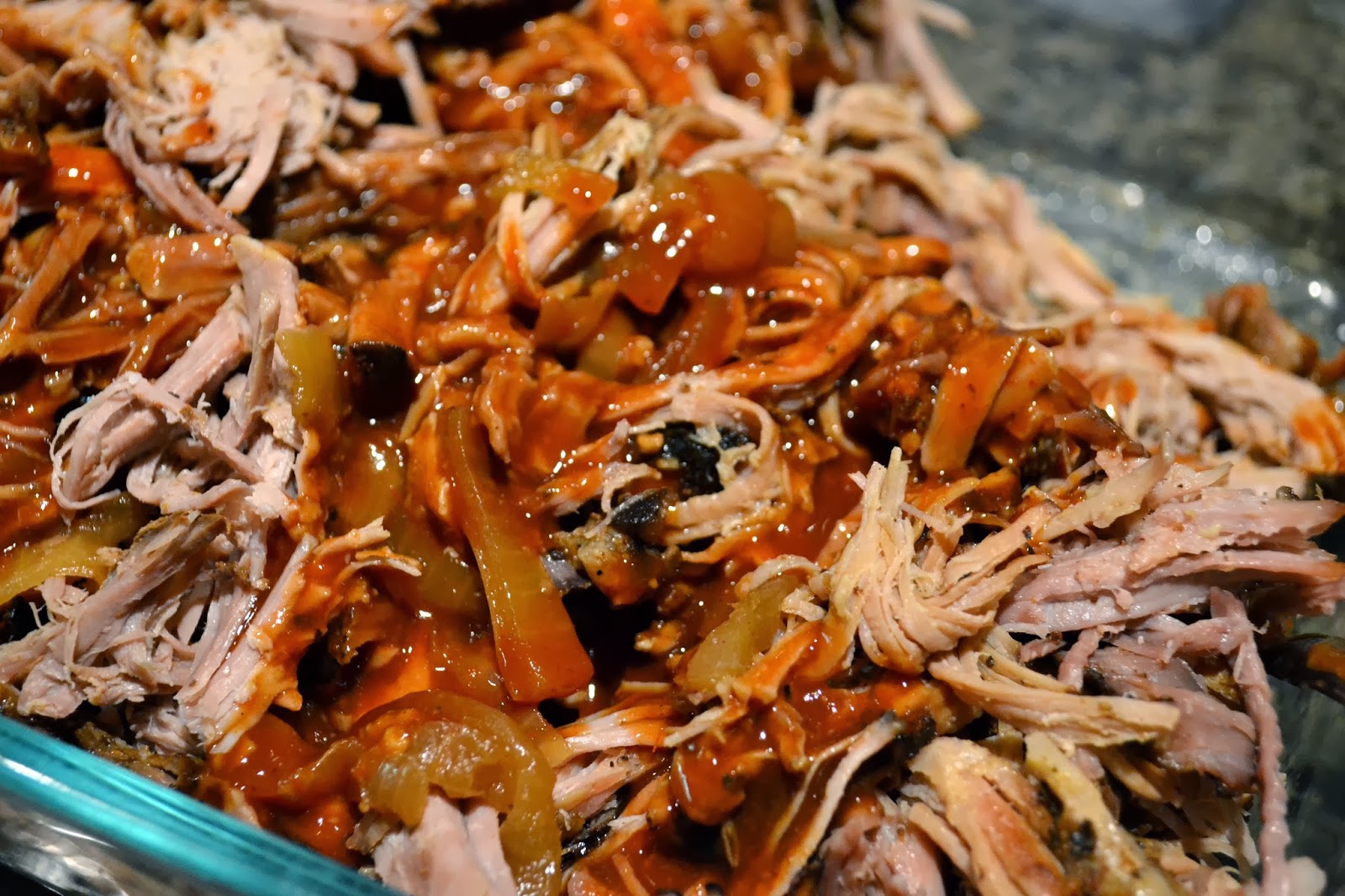 Pin It
Posted by Marie Antoinette at 7:50 PM